Filled with slight sleep, the first morning in Seoul was spent in walking the streets of Myeongdong. It was a late morning to lunch and here we are – not relying to Naver because the blue dot is just not accurate- trying to brave the streets of Seoul just by sheer force of intuition.

We landed in the Myeongdong’s street full of skincare and I tell you it feels heavenly – as if I know what it would feel like?! We got there after eons- haha – after finding out that it’s easier to get lost in the streets rather than below the maze-stricken subway station- it was like a labyrinth! We saw Uniqlo and feel that it was the sign.

But well- we didn’t buy any. Just passing by and we decided to eat bibimbap and mandu and the kimchi in Korea taste so much better – better than the ones being sold back home. 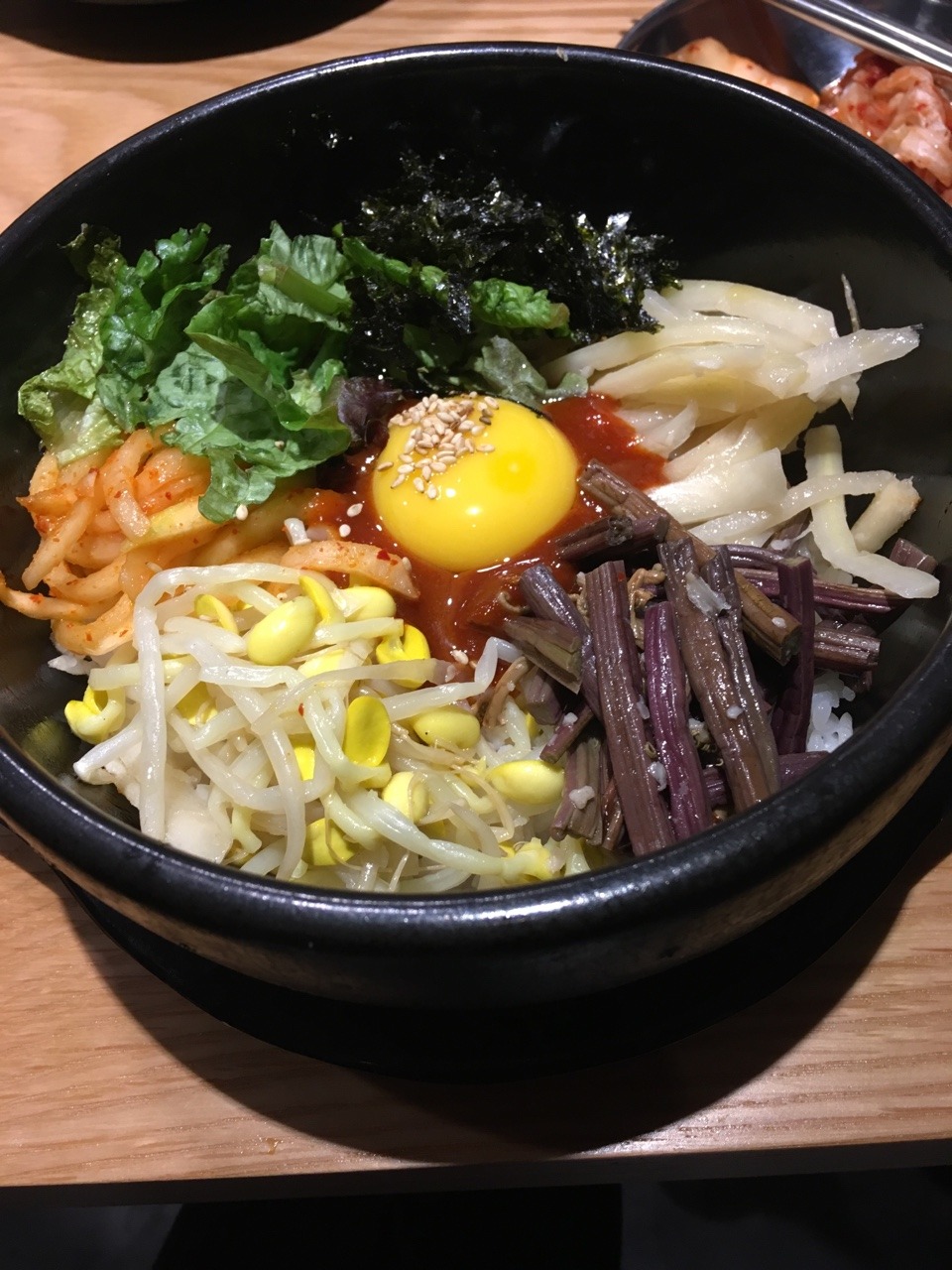 It was so cold even the standees need scarves! 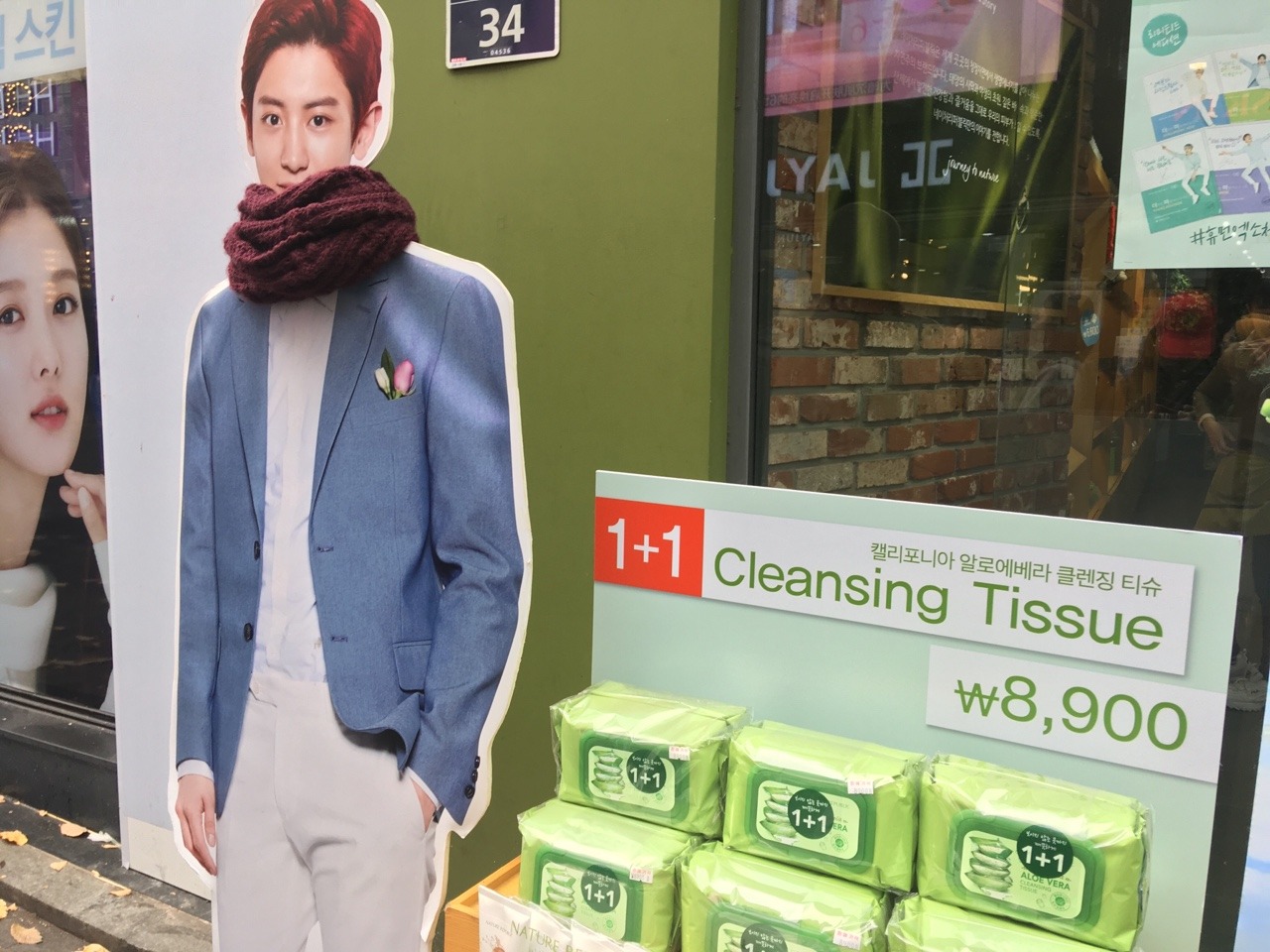 We came back at the hotel for our luggage and here starts off the journey to Busan or I might say, “the journey of how to get away with carrying 17kg of luggage throughout the labyrinth-stricken station that is Seoul”. That is a very good title I just came up with just now. Don’t get me wrong- the walk was wheel-friendly it was just that it felt like a labyrinth- they even had a sort of conveyor belt for your luggage going upstairs!

After a long long long long long while with much hauling our luggage carrying and pulling and pushing we finally found the right track of the KTX train just 20 minutes ahead of time. Too close I guess. It would have been so much easier if we didn’t carry our luggage. Haha. But we chose this. And in the end we abide by the choices we make.

There was the Holly’s coffee in the tracks inviting us so we bought coffee! So refreshing after what we did. 😅 And then finally the KTX comes! It has like three steps going inside so yeah no luck pulling the luggage- you must carry it. And I was so dumb I am carrying my phone, ticket, wallet and coffee on one hand and on the other hand I was holding my coat and luggage and I need both hands to carry my luggage. Go figure.

We put the luggages at the back end of the seats and finding our seat we were surprised that an old man was berrating us on language we don’t understand. It turned out we were on the wrong seats- I mixed up our seats going to and from.

And so finally- the KTX ride. Which is so awesome I was able to write a blog entry. 😅 The view is amazing- the seats super comfortable and the speed! The speed I want to take back home. Less than two hours and we arrived in Busan!

And then the maze again. Haha. You can’t escape the labyrinth. The guy near the entrance to the subway station was very kind as to tell us where the entrance with the lift was. Take note this is a station with fifteen exits! Fifteen exits and we can’t find which one is near to our hotel and which has a lift. 🙂

We got lost in a daze in Seomyeon station. Again. We just didn’t get lost enough – it had to happen to us again. Haha. It was even harder finding lifts.

And then this old man looked at us and asked us where we’re going and just guided us to our hotel. Very very kind I hope he’ll be blessed!

We rested at the hotel and ate Cheetos which I didn’t even eat back home but here they taste so delicious.

To cap off the day – we strolled the streets of Seomyeon to look for food- first is the deli maju and we tried going to the food market but no luck we decided to buy takeout mandu and ramyeon and kimbap and bought yogurt again in a nearby convenience store.

It was so nice going back at the hotel very early- and then we put out every clothes in our luggages and rummaged and instantly our room was turned over backwards.

Eating and watching korean TV with no subtitles- you can’t have everything.

Lastly, you’re not yet a tita when you don’t enjoy drinking warm tea. 😅